Liu Xiaodong is a painter of modern life, whose large-scale works serve as a kind of history painting for the emerging world. Liu links the human dimension to such global issues as population displacement, environmental crisis and economic upheaval. Through carefully orchestrated compositions, he walks the line between artifice and reality.

A leading figure among the Chinese Neo-Realist painters to emerge in the 1990s, his adherence to figurative painting amounts to a conceptual stance within a contemporary art context where photographic media dominate. His undertaking “to see people as they really are” was galvanized in the aftermath of the 1989 events. Alert to the legacy of Chinese Socialist Realism, his compositions are painted with loose, casual brushstrokes and layered with meaning. While he works from life and often en plein air, he chooses sitters to supply ancillary narratives to landscapes or situations. This participatory dimension to his practice, where projects are also documented by diaries and films, reflects an urgent sense of interconnection: “Society and art’, he says, ‘should be like breathing – one breathes in and the other breathes out.”

Liu was born in the small industrial town of Jincheng, a pulp and paper-producing center in Liaoning province. At age 17 he moved to Beijing to study art at the Central Academy of Fine Arts. He received a Bachelor of Fine Arts in oil painting in 1988, and a Master of Fine Art in oil painting in 1995, both from CAFA. In 1998-99 he continued his studies overseas at the Academy of Fine Arts at the Complutense University of Madrid in Spain. He now holds tenure as a professor in the painting department at CAFA. 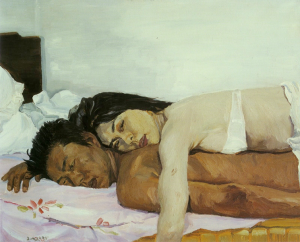 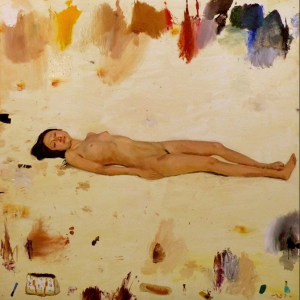 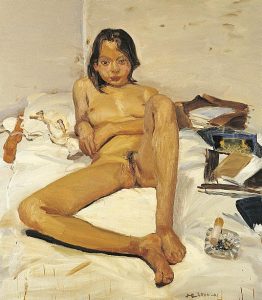 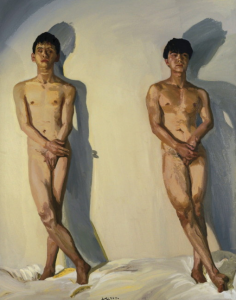 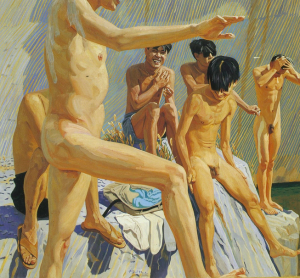